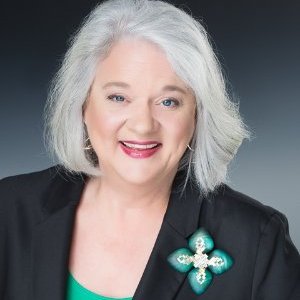 Debby served as Executive Director of the National Center on Domestic and Sexual Violence (NCDSV), a position she held from the organization’s beginning in 1998, until February 2015. After accepting the position of Domestic Violence Specialist at Child Protective Services, Texas Department of Family and Protective Services, NCDSV’s Board of Directors elected her to the Board and the office of President.

Debby has been dedicated to ending violence against women since becoming a volunteer with the first rape crisis center in Texas in 1974. She was Assistant Director of the Austin Rape Crisis Center, then co-founded and served as Executive Director of the Austin Center for Battered Women from 1977 until 1982. (In 1997, ARCC and ACBW combined into SafePlace.)

In 1982, Debby became the first Executive Director of the Texas Council on Family Violence, a position she held until 1996. She assisted communities in Texas to establish shelters, other services for battered women and initiate battering intervention programs. She represented battered women and member agencies to the Texas Legislature. In this role, she promoted laws and policies to improve the criminal justice and health and human service systems’ responses to domestic violence. Under her leadership, the Texas Council grew to be one of the largest coalitions in the country with over 50 staff providing training and technical assistance, public education and advocacy. In February 1996, the Texas Council opened the National Domestic Violence Hotline (1-800-799-SAFE and 1-800-787-3224 TTY), a 24/7 service for the U.S.

In August 1996, Debby joined Sarah M. Buel, JD, in opening Tucker, Buel and Associates, a consulting firm offering customized consultation and training to end violence against women. In May 1998, Sarah and Debby co-founded the National Center on Domestic and Sexual Violence to sponsor conferences and provide customized training and consultation nationwide. The National Center received funding from the Office on Violence Against Women, U.S. Department of Justice to collaborate on the development of curriculum and trainings with the Federal Law Enforcement Training Center, the National Sheriffs’ Association and the National Center for Rural Law Enforcement.

Debby has extensive experience on the national level.  She served as Co-Chair of the U.S. Department of Defense Task Force on Domestic Violence from 2000-2003.  She served as founding Chair of the National Network to End Domestic Violence during its leadership in the passage of the Violence Against Women Act in 1994. She is a member of the Advisory Committee for the Corporate Alliance to End Partner Violence, the Board of Advisors for WomensLaw.org. She co-chairs the National Alliance to End Domestic Abuse with Toby Myers, NCDSV’s Vice President, and they serve on the National Leadership Council of Jewish Women International.

In Texas, she served as Treasurer for Texans Against Gun Violence and she chairs the Master of Public Administration Advisory Committee for Texas State University. In 2012, the National Association of Schools of Public Affairs and Administration presented Debby with the Alfred M. Zuck PublicCourage Award. In April 2014, the College of Liberal Arts at Texas State University presented her with a Distinguished Alumna Award (video). In May 2014, Debby was inducted (video) into the Texas Women’s Hall of Fame. See photo.

Doris Buffet awarded Debby with The Sunshine Lady Award in 2008. She received the National Network to End Domestic Violence’s Standing in the Light of Justice Award in 2005 and the Marshall‘s and Futures Without Violence’s Domestic Violence Peace Prize in recognition of her national leadership. She has also been honored by the National Association of Social Workers. In July 2003, along with Fernando Laguarda, Debby was recognized on the NASDAQ sign in Times Square by Lifetime TV. She received the YWCA’s Outstanding Achievement Award and the Texas Council on Family Violence established the Deborah D. Tucker Staff Achievement Award, of which she was the first recipient. In addition, the National District Attorneys Association honored her with their Stephen L. Von Riesen Lecturer of Merit Award.

A native of Portland, Oregon, Chloe grew up in a household dedicated to social justice work. From the Portland PTA Clothes Closet to William Temple House to the YWCA of Greater Portland’s Yolanda House, she has volunteered and worked in a wide variety of settings. Born with a love of history and people’s stories, Chloe pursued a Bachelor of Arts and a Master of Arts in history at Portland State University. Chloe joined the Coalition team in May 2012 as an office administrator, subsequently moving into other roles, including research and publications program coordinator and training coordinator. Although Chloe left the Coalition staff in 2017, she continues to serve on the Oregon Domestic Violence Fatality Review Team and produce the Coalition’s annual domestic violence fatality report. She has also continued her research into Coalition’s history, with the goal of ensuring that the work of the past (including that of our member programs) is preserved and available to inform the work of the present.