Home / Safety and inclusion for all 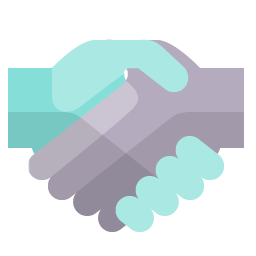 The Oregon Coalition works to ensure that all survivors of domestic and sexual violence, regardless of citizenship or legal status, have access to safety and self-determination. Thus it concerns us to see an increase in anti-immigrant sentiment arising nationally and here in Oregon.

Immigrants and refugees face a deepening climate of hostility and dehumanization; they are often targeted by harassment, threats, violence, and high rates of detention and deportation. Survivors may not report abuse for fear of legal consequences. People who have come to the US fleeing violence or persecution, and striving for better safer lives, are scapegoated and blamed for political and economic problems that have long existed within the US. People of color immigrants and those who are undocumented, as well as parents, transgender, queer, and disabled immigrants, are at especially high risk of exclusion, dehumanization and abuse. This of course includes countless adult and child survivors of domestic and sexual violence.

The Coalition urges each of our members to become educated and remain vigilant. Right now in Oregon, anti-immigrant sentiment is taking at least three forms. Some groups want to:

Make English the official language of Oregon. Imagine the message this sends to people surviving abuse who speak little or no English. This effort would restrict government information from being published in languages other than English – a significant barrier for an already vulnerable group of people, as they seek services in order to get safe.

Restrict voter rights. This effort would cancel every Oregonian’s voter registration until they could re-prove their US citizenship. Survivors need access to the political process in order to exercise their rights. The message of unwelcome is clear; it is a direct attack on disenfranchised voters (women, new americans, people of color, and young folks).

Require E-Verify. A third proposal would require every Oregon business to run all employees through the flawed E-Verify program, or risk losing their business license. Survivors of abuse who are undocumented already struggle to find work; E-Verify further imperils already precarious livelihoods that are crucial for rebuilding safety.

These policies may appear symbolic, yet they communicate quite clearly to immigrant and refugee communities a message of hostility and lack of worth. An environment of dehumanization and devaluation prevents survivors from knowing they deserve safety, seeking support, and building self-sufficient, self-determined lives. This climate creates additional barriers for people who are already deeply marginalized in our society, placing them at increased risk of interpersonal and state violence.

Please join us in supporting survivors by resisting laws and community norms that mark entire communities as “other.” In our words, behaviors, policies and practices, let’s contribute to a welcoming and affirming Oregon.