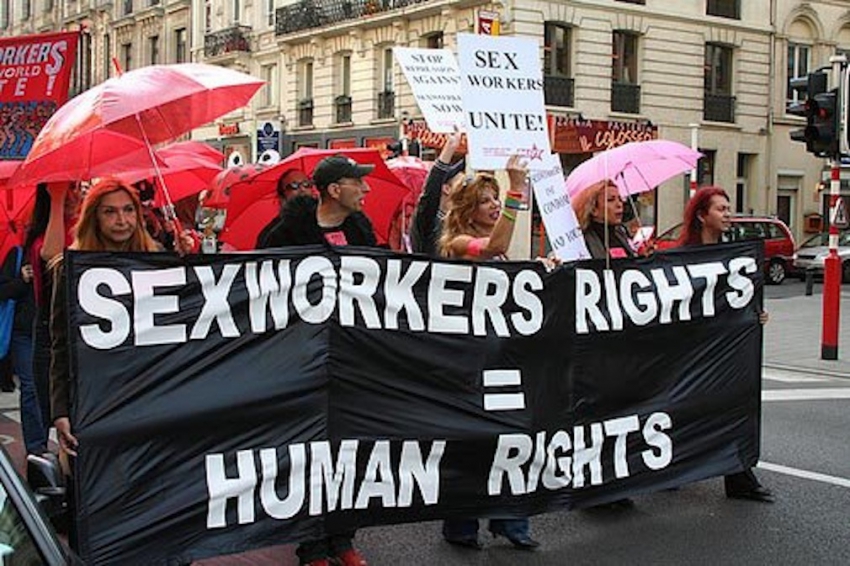 In this piece, the author describes ways that #metoo has left sex workers -- some of the people most likely to experience workplace sexual violence -- behind.

‘They don’t want to include women like me.’ Sex Workers Left Out of #MeToo Movement -- by Samantha Cooney

Common misconceptions about sex work abound. Cooney explains that “consensual sex work is not to be confused with sex trafficking, when people are forced into sex work by violence, threats or other forms of coercion… People do sex work for a variety of reasons. Some feel that the work is genuinely empowering. Others get into the industry for financial reasons.” While some people mask anti-sex work beliefs behind the notion of concern over exploitation, Dr Eric Sprankle wrote, “if you think sex workers “sell their bodies” but coal miners do not, your view of labor is clouded by your moralistic view of sexuality.” Moreover, few people can truly say exploitation is entirely absent from our participation in and experiences of the workforce.

Another set of myths about sex workers is that they are “unrapable,” that they can’t be sexually assaulted, and that because they exchange certain sex acts (or other sexual commodities) for money they are not permitted any limits, or do not deserve consent. In fact, people who do sex work are often more knowledgeable and practiced at consent and negotiation because they engage in these processes in a professional function. The author suggests sex workers could be an asset to cultural conversations around sexual violence and #metoo because they are “uniquely qualified to lead discussions about consent.” Yet sex workers have often been left out of these crucial movements for justice. The author states, “their particular issues haven’t been raised by the celebrities supporting the Time’s Up movement, unlike the issues facing farmworkers, restaurant workers and domestic workers.”

Sex workers -- especially people of color and transgender people -- are at particularly high risk for sexual and other forms of violence, and they have far fewer employment and legal protections than those in other types of work. As a person named Brantly is quoted in the article, “There’s no HR department in the strip club… You think we’re going to go to the cops? Hell no.” Cooney writes that sex workers are “reluctant to report sexual violence to the police because they could be arrested for prostitution — or assaulted.” Various reports have shown “a pattern of abuse by police towards sex workers that includes “assault, sexual harassment, public ‘gender searches’ (police strip searches for the purpose of viewing genitalia) and rape.””

So when sex workers experience sexual violence, sometimes at the hands of cops who others may suggest they call for safety, there are often few if any options to pursue.

The author wraps up the piece by reminding readers of collective sex worker-organized remedy: “decriminalization of prostitution, which they have long been advocating for, is the best solution to address these issues.” And laments that sex workers have “often been marginalized by mainstream feminist movements.”

Whether it’s with individual participants in our programs or how we talk about sexual violence generally, we can do better.