Home / Centering the safety and dignity of transgender and nonbinary people 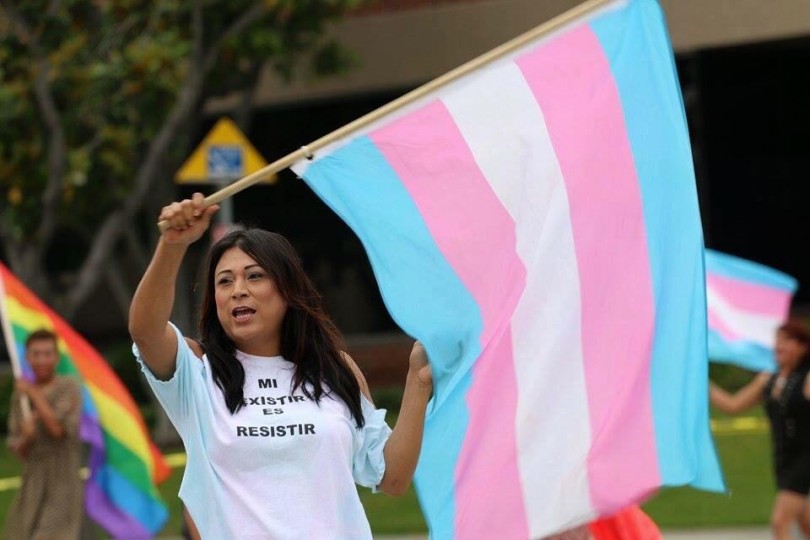 Transgender people are experiencing increasingly high rates of scrutiny, harassment, and violence, particularly around access to public restrooms and other gender-specific spaces. As recent protests at Target stores (including stores in Oregon) have made clear, even a simple statement of support for trans people can incite backlash in this climate of fear and ignorance. But we will not be silent in the face of injustice, and we take this calculated risk because we know that anti-violence organizations have a critical role to play in both advocating for transgender communities and responding to real concerns about sexual violence.

There is no more vital time to join us in allyship against transphobia.

A few weeks ago, the Federal Department of Justice made definitive statements in support of transgender communities. Among them were Assistant Attorney General Vanita Gupta’s simple but powerful statement: “Here are the facts: transgender men are men… Transgender women are women.” (That not one but two women of color, Attorney General Loretta Lynch and Assistant AG Vanita Gupta, led this effort makes it all the sweeter.) Just days earlier, Oregon Department of Education released its “Guidance to School Districts: Creating a Safe and Supportive School Environment for Transgender Students,” which lays out unequivocal affirmation and support for transgender people, as well as clear instruction for educators across Oregon.

And last month, the National Task Force to End Sexual and Domestic Violence published a lettersigned by countless local, regional, and national entities, including OCADSV and some of our member programs, “in support of full and equal access for the transgender community.” None of this would be possible without the ongoing courageous, creative, and multifaceted organizing of transgender activists, particularly trans and nonbinary people of color.

We at the Coalition add our voice to these unambiguous statements.

As our mission clearly states, OCADSV “promotes equity and social change in order to end violence for all communities.” From this perspective, two things trouble us: the literal and rhetorical violence against transgender people, and the coopting of concern regarding sexual violence. We will not tolerate the language of our movement being used to support discrimination and violence.The reality is that transgender people are far more likely to experience harassment and violence than to perpetrate it – particularly in restrooms. Quoting the April 7th letter from the National Task Force:

Over 200 municipalities and 18 states have nondiscrimination laws protecting transgender people’s access to facilities consistent with the gender they live every day… None of those jurisdictions have seen a rise in sexual violence or other public safety issues due to nondiscrimination laws.

We recommend reading the entire letter. We also encourage you to read this helpful one-pager from Forge, Trans People and Bathrooms: Safety for All, and this piece from The Advocate, New History Project Unearths Radical Feminism’s Trans-Affirming Roots. We are fortunate to benefit from the expertise of many trans friends and colleagues, as well as knowledgeable allies, in the formation of our research, policy and practice on these issues; many thanks.

It is time for our movement to affirm and recommit to upholding the dignity of our transgender and nonbinary friends, family, survivors, throughout all communities. We do this by refusing to fall for the dangerous and inaccurate myths that are currently circulating, and by providing accurate information when the opportunity arises. We do this by examining the language we use, verbally and in writing, to describe our work and our programs – shifting that language when necessary to promote inclusion and justice. We do this by creating safe spaces (both literal and metaphorical) that center all trans and nonbinary people, and are inclusive of and accessible for all survivors. And we do this by talking with our friends, family, and coworkers about the importance of inclusive laws, practices, and beliefs, as we work to promote safety and self-determination for all people. As one advocate’s mother has said, “Let’s try and let go of genitals in this gender identity thing – andsee the entire person for who they are.”